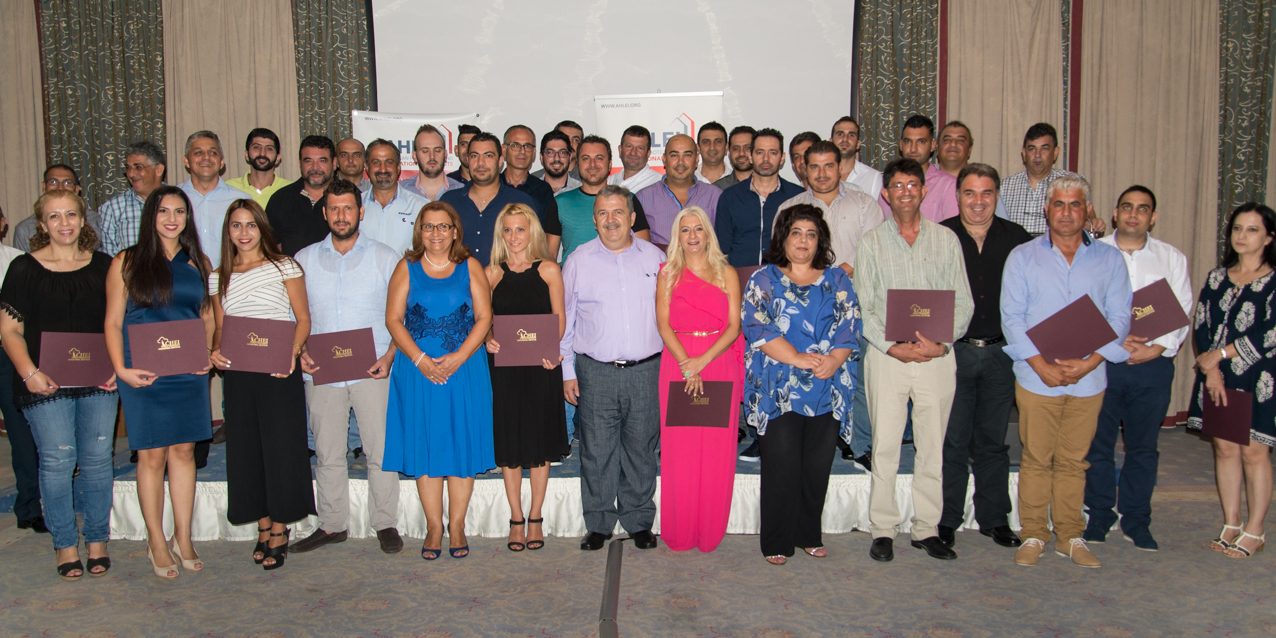 On the 29th of August, 2016, Cyprus Hospitality Educational Institute (CHEI) celebrated the launching of Hospitality Certification programs of the American Hotel and Lodging Educational Institute (AH&LEI). AH&LEI, founded in 1953, is the world’s largest developer of training and development solutions for the hospitality industry. CHEI, managed by Mr. Polys Polykarpou, partnered with AH&LEI on January 1st, 2016 and since then, it has certified more than 250 Hospitality Professionals in Cyprus.
The ceremony took place at the Grand Resort Hotel, and more than 50 Hotel Managers and over 60 Hospitality Professionals, Trainers and the region Mayor attended. Among the Guests were t
he President of the Cyprus Culinary Association, who had the idea to offer a quality training program for the members of the Association. Of course, all candidates of a large group of 50, most of them members of the Association, who were honoured for the successful passing of the CHS course.
After his initial track, obviously full of emotions when all guests, friends and associates honoured him with their presence, Mr Polykarpou stated that “Training is no longer an option in the Hospitality Industry, It is a necessity for the Industry’s growth, thus we have to make sure that our Professionals are well trained and prove that they validate for their position through the World’s most prestigious educational institute, the AH&LEI!. Your certification is the Global Hospitality Industry’s seal of acknowledgement of skills and competencies required to succeed in your position!”
For the award, Mr. Polykarpou asked some of the attendants to give Certificates to all succeeded Certified Supervisors: The President of Cyprus Chefs Association Mr. Damianou. Mr. Andreas Georgiou, General Manager of Amathus, a 5 stars’ hotel the Manager who actually introduced CHS program in Cyprus. Mrs. Diana Assadourian, the Official Proctor of CHEI in Cyprus, and Mr. Koilanis, the President of Cyprus Hotel Managers Association. For the 3 Supervisors with highest score, the Mayor of the region Mr. Doros Antoniou were called to award.